Following the success of the ‘Three Million Mile Journey’ documentary shot in New York City and Cambridge, Castrol were keen for a second instalment to celebrate the continued Irv Gordon partnership.

A key part of the brief was to help make Irv’s record-breaking story relevant in key Castrol GTX markets.  We therefore flew Irv from the United States over to South Africa.

We based ourselves in Johannesburg and took Irv to visit some of the local car washes in the area to meet the locals and understand why maintaining their car was important to them.

Car washes in South Africa are somewhat of a cultural phenomenon.  You don’t simply have your car washed and then leave – it’s much more of an event.  Locals arrive around lunchtime, park up their car to be washed and then often have their hair cut or a shave – taking care of themselves as well as their car!

Car washes in Johannesburg are central to the community and are popular social spots. In the early afternoon, the BBQ is fired-up (or Braai, as they call it) and a DJ begins their set. 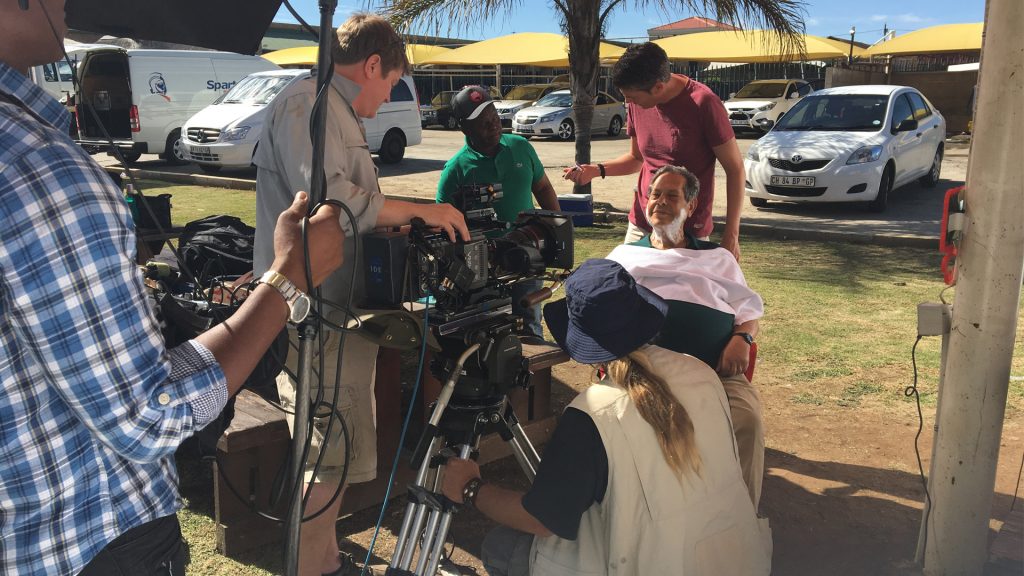 Behind the scenes: Irv enjoying a shave in the South African sun

Space managed the production from end-to-end: from the rigorous planning and logistics of a multi-continent shoot (we took Irv to Dubai straight after), through to post-production requirements including edit, grade and audio dub.

As always, we had a great time on the shoot.  The client was happy, the agency was happy, and most importantly, Irv was happy – he loved a good BBQ!