A key part of the brief was to help make Irv’s record-breaking story relevant in key Castrol GTX markets.  Straight after our shoot in South Africa, we flew to Dubai to meet a fellow enthusiast who had a passion for maintaining older cars.

Tariq Al Hajeri lives in the United Arab Emirates and loves American classic cars.  Over the years, he’s continued to invest in his pristine collection and shipped cars over from the States. His vehicles are a stark contrast to the modern supercars found on the streets of Dubai.

One car in particular caught Irv’s eye – Tariq owned a 1966 Cadillac Sedan DeVille – the same age as Irv’s record-breaking Volvo. Tariq and Irv met for the first time and their mini road trip formed the basis of our film. 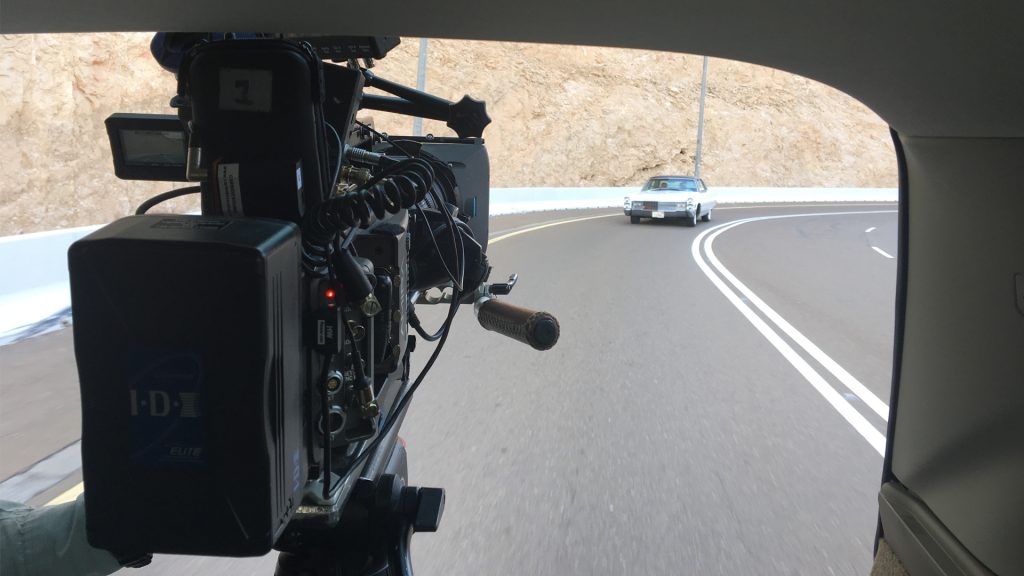 Behind-the-scenes: Filming from the tracking vehicle

Retaining the same core crew from the original project, we travelled to Dubai to film a series of establishing shots, vehicle-to-vehicle driving footage, in-car interviews and drone shots over the desert.

There were a few funny stories from this shoot.  The stand-out one was when (after an amazingly productive morning), the agency AD turned to the Director and said those jinxing words “I can’t believe how well it’s going – it nice to be so far ahead of schedule”.  Then everything changed. 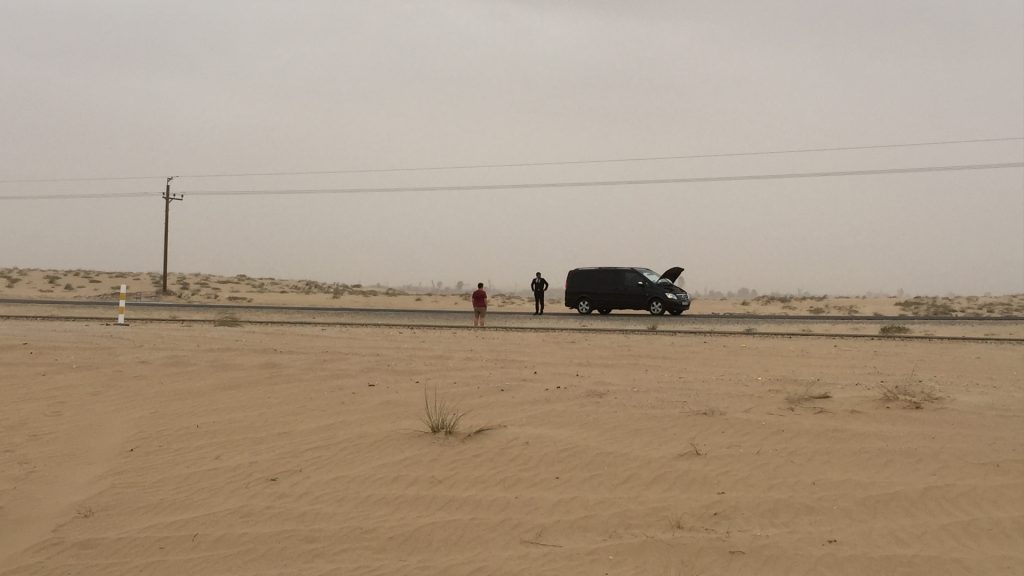 Behind-the-scenes: Stranded in the desert!

We kid you not, an hour later, Dubai had one if it’s worst sandstorms of the year.  To make matters worse, one of our hired production vehicles broke down in the middle of the desert. As a result, the drone shoot planned for the afternoon had to be cancelled.  No problem though – a flexible supplier and dedicated crew meant we were able to extend the shoot to capture the shots we needed.

Irv and Tariq became kindred spirits.  They kept in touch and met up when Tariq visited the US years later.  He was finally able to take a ride in the three million mile car with his good friend Irv.